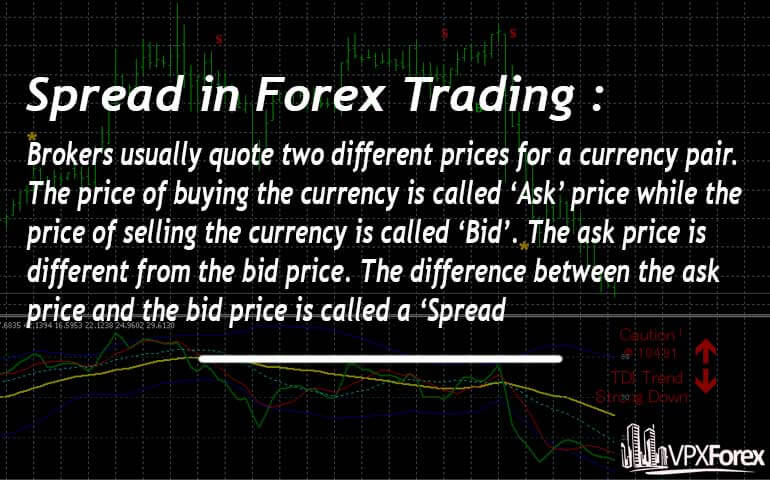 It is very easy to measure a spread. The unit of measuring a spread is called a Pip. Pip is the smallest unit of change in the price of a currency pair. A pip is mostly equal to 0.0001

There are basically two types of spreads.

The type of the spread is linked and depended on your agent or broker.

As the name suggests, Fixed spread remains the same in all market conditions at a certain time. Brokers who employ a dealing desk model prefer to offer Fixed Spreads. In this model, brokers or agents tend to buy large positions and then offer the same positions in smaller sizes to a trader. Thus the brokers control the price and offer fixed spreads.

Variable Spread is also called Floating Spread. This type of spread is called Variable as it changes constantly. It changes continuously as the bid and asks prices continuously kept on changing. Brokers, who employ non- dealing model, prefer to offer Variable spread.

In this model, a broker conveys and displays the same prices that he gets from liquidity providers. He does not affect the price at all so he does not have any control over the price so the price continues to float.

The choice between the Fixed or Variable Spread depends on the requirement, need and conditions of a trader. Usually, traders that have small investments and capital prefer Fixed Spread while traders with larger capital like to trade with variable spreads. Thus it all depends on your choice.

1 thought on “Spread in Forex Trading”