Forex or the Foreign Exchange Market is the greatest trade market in the world. The trade of Forex is greater than the trade of all other financial markets of the entire world.

The daily trade of Forex of $5 trillion marks a distinguishable position in financial markets. As it has no central location, so you can trade by phone or internet. You don’t need to be at a certain place to conduct trade. 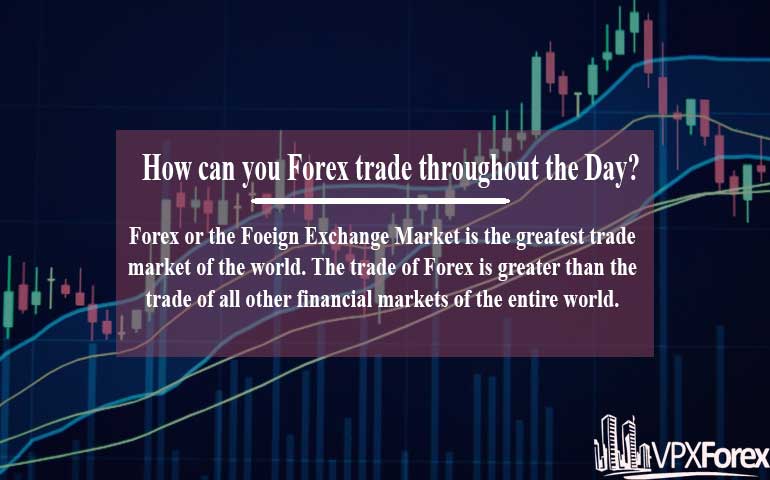 The market remains open throughout the day for 5 weekdays. There are three major regions for trade on Forex. These are:

In the case of Forex Trading, you do not have to wait for certain trade hours to buy or sell currencies. As trade is conducted throughout the world on Forex so you can always find a buyer from the other corner of the world. International trade also makes it an attractive opportunity for advancement. Traders in different time zones are always there to meet the requirements of the trade.

2 thoughts on “How can you Forex trade throughout the Day?”