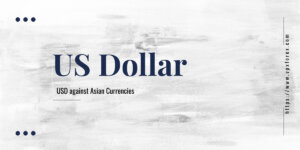 The decline of USD has become a major concern of Forex traders nowadays. Dollar is the most widely traded currency therefore a concern related to it may cause a panic in Forex trading. ASEAN FX is giving a tough time to US dollar. The struggle continues for this favorite currency of traders. The losses still haunts the US dollar traders as the cycle of loss still extends further. While on the other hand, the ASEAN FX is enjoying a spike. MYR, IDR and PHP are going to force USD to lose its ground in trading. Let’s have a view on the comparison of USD with all three of these currencies.

Malaysian Ringgit and the downfall of USD:

MYR still manages to raise its vale as compared to dollar. USD/MYR is about to face a significant reversal in its value. The value is near the Fibonacci extension level 61.8% which seems to indicate a reversal. The downtrend extends its claws. Obviously it is not a good sign for USD.

US Dollar seems to be helpless as compared IDR. It is becoming a troubling currency for USD. The trade of IDR is forming an ascending triangle which is disturbing and dominating dollar. USD/IDR is looking forward to reach lows of the month of June. Alternatively it may be over the 50-day SMA. If the value moves above it too then it hints an inflection zone at 14525-14563. It does not matter where it will lead, yet a breakout in evident.

PHP is also enjoying constant gains and rise in its value. Recently stability has become a symbol of PHP as compared to dollar. The prospects also shine for this currency in the near future as well. USD/PHP is about to challenge the low value of the month of October. The closing value of fewer than 47.92 highlights the inflection zone.